Chad Kimm will not determine your social status by the uniqueness of your facial hair, nor your human worth by your personal preferences for the beverages you drink, even when those beverages contain coffee. Maybe it’s his Montana roots, but that’s just not who Kimm is. Resisting the prevailing culture of third-wave coffee, he didn’t get into the coffee business to lord his expertise over the uninitiated or to flatter the haughty.

Don’t get me wrong. Kimm can talk bean sourcing, roasting techniques, flavor profiles, and cupping procedures with the best of them; he has retained the third-wave’s commitment to high-quality coffee. But that’s not what led him to open Crema Roasting in 2006, rebranded as Ghost Town Coffee Roasters in 2012. No, it was simpler than that.

The idea of going into the coffee business came to Kimm years ago as he sat with a friend in the original Stumptown café in Southeast Portland, absorbing the bonhomie of community all around him. Coffee, he saw, was a social beverage, and one that could include, rather than exclude, the full spectrum of humanity. It would be years of wholesaling before Kimm and his wife, Clarissa Englehart, were ready to open Ghost Town’s first café on Bridger Center Drive in 2017, but having a place of their own was always the plan.

For someone as sociable as Kimm, the pandemic has been particularly draining. While Ghost Town has weathered the storm successfully without having to close or lay off any of its employees, for months its cafés—including the downtown location that opened in 2020, mid-pandemic—couldn’t be what Kimm most wanted them to be: places for people to gather.

But by late spring of this year, when it briefly looked like the pandemic might be drawing to a close, the mood at Ghost Town shifted. Take as representative one early June morning when I stopped by the Bridger Center café. The orange garage door was raised, and it seemed like the whole big summer was ready to blow right through the room. A majority of the women in the café were in tank tops and every man on the premises was in shorts, not a mask in sight. No one had been so close to so much skin in a year, and it felt flirtatious to be alive.

It had been some time since I’d spent a morning in a café, so I took the opportunity to appreciate the atmosphere, noticing the row of bicycles lofted high in the walls, admiring the reclaimed lumber, acquired from OSM of Belgrade, suspended above the bar. Elias Gossack’s canvas nature photography fit the vibe just right, as Joni Mitchell longed for California and Marvin Gaye asked what was going on. On the other side of the café, one of the roasters turned on the roasting machine that has been the engine powering Ghost Town since its inception, producing the good sound of things being made. The familiar and friendly odor of roasting coffee is a small gift that wafts all the way to the families playing in Story Mill Park.

Coffee, Chad Kimm saw, was a social beverage, and one that could include, rather than exclude, the full spectrum of humanity.

I’d been watching the barista, too. Arlo Flynn honed his espresso skills in Michigan before coming to Montana, and is known for his tasteful latte art. Flynn was steady. Between customers, he wiped down the bar, refilled the milk, cleaned out the portafilter, and never lost the rhythm of his tapping fingers. A longer beat, a quick sip of water, and he was back to it. I stepped to the counter, ordered a cappuccino, and watched Flynn work. He prepared the milk and espresso simultaneously in a blur of competence. The espresso he was using, he told me, was Stonehouse, a blend of beans from El Salvador, Brazil, and Ethiopia that Kimm perfected years ago. I took my first sip there at the bar and gave Flynn my compliments. A more refined palate than mine might suss out this coffee’s fruiter notes. Being me, I savored the overall sweetness and its suggestion of chocolate.

It was July when I returned to Ghost Town to watch Kimm roast a batch of Stonehouse. But first he showed me the new roaster he was in the process of installing, an orange chrome piece of what looked like space technology. When up and running, it will increase Ghost Town’s roasting capacity substantially beyond the 4,000 pounds per week they currently produce. The old roaster—smaller, blue, and oddly evocative of a wellmade 1970s European bicycle—has roasted around a million pounds of coffee in the fifteen years Kimm has been using and maintaining it. “As soon as the new roaster is up,” he told me, “I’ll be able to give this one some of the love it needs.” There is a bearing, for instance, that is making a clicking sound he doesn’t like—though try as I did, I couldn’t hear a thing.

As well as upkeep, Kimm has made improvements to the original machine. He has added sensors that allow him to monitor temperature and pressure using a nearby computer. Recently, he added a cleaning apparatus that expunges the 10 percent of the burned-off chaff that otherwise would escape with the smoke. Kimm, I was beginning to appreciate, wears a lot of hats.

When he and Englehart started Crema in 2006, they were both working full-time jobs and devoting evenings and weekends to the new business. For Kimm, that meant roasting and going door to door to make sales. Luckily, he met what he calls Bozeman’s “good local-business ethos” and was able to build early relationships with Town & Country Foods, Heebs Fresh Market, and the Bozeman Community Food Co-op. Later, he found partnership with cafés like Sola and Café M.

Today, in addition to focusing on coffee and strategic planning, Kimm can be seen around the café installing equipment, repairing computers, and responding to whatever novel challenge tomorrow may bring. Englehart, who left her previous job to prioritize Ghost Town several years ago, handles the daily affairs that go along with having thirty-plus employees.

Busy as he is, Kimm doesn’t roast much anymore, but I could see he hadn’t lost his touch. It looked like second nature the way he flipped on the roaster and monitored the temperature until it was time to pour in the green coffee beans. After roasting, the beans would be released onto the cooling rack, a creamy brown color. All the while, Kimm explained the chemical processes and made periodic adjustments to the roaster so that he hit precise temperatures and intervals. I was reminded how narrow the margins are for good coffee.

Good coffee. It does come back to that. But thanks to second-wave (roughly: Starbucks) and third-wave (artisanal) coffees, high-quality coffee is easier to find than it ever has been. What’s not so easy to find is a café that cares about people as much as it cares about coffee, one that doesn’t assume quality and friendliness to be negatively correlated. Maybe it’s those Montana roots. But whatever the case, Ghost Town is growing into something special. 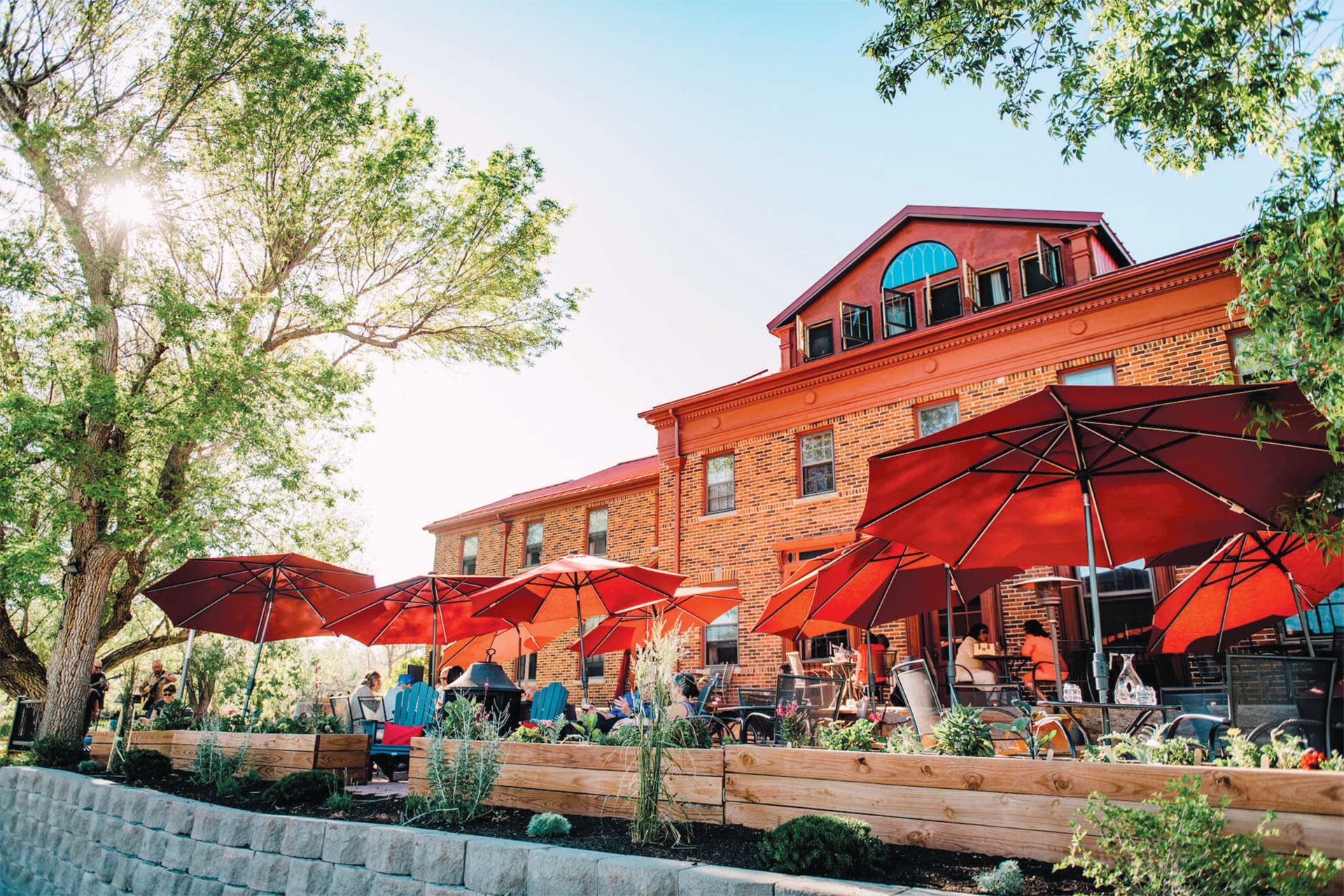 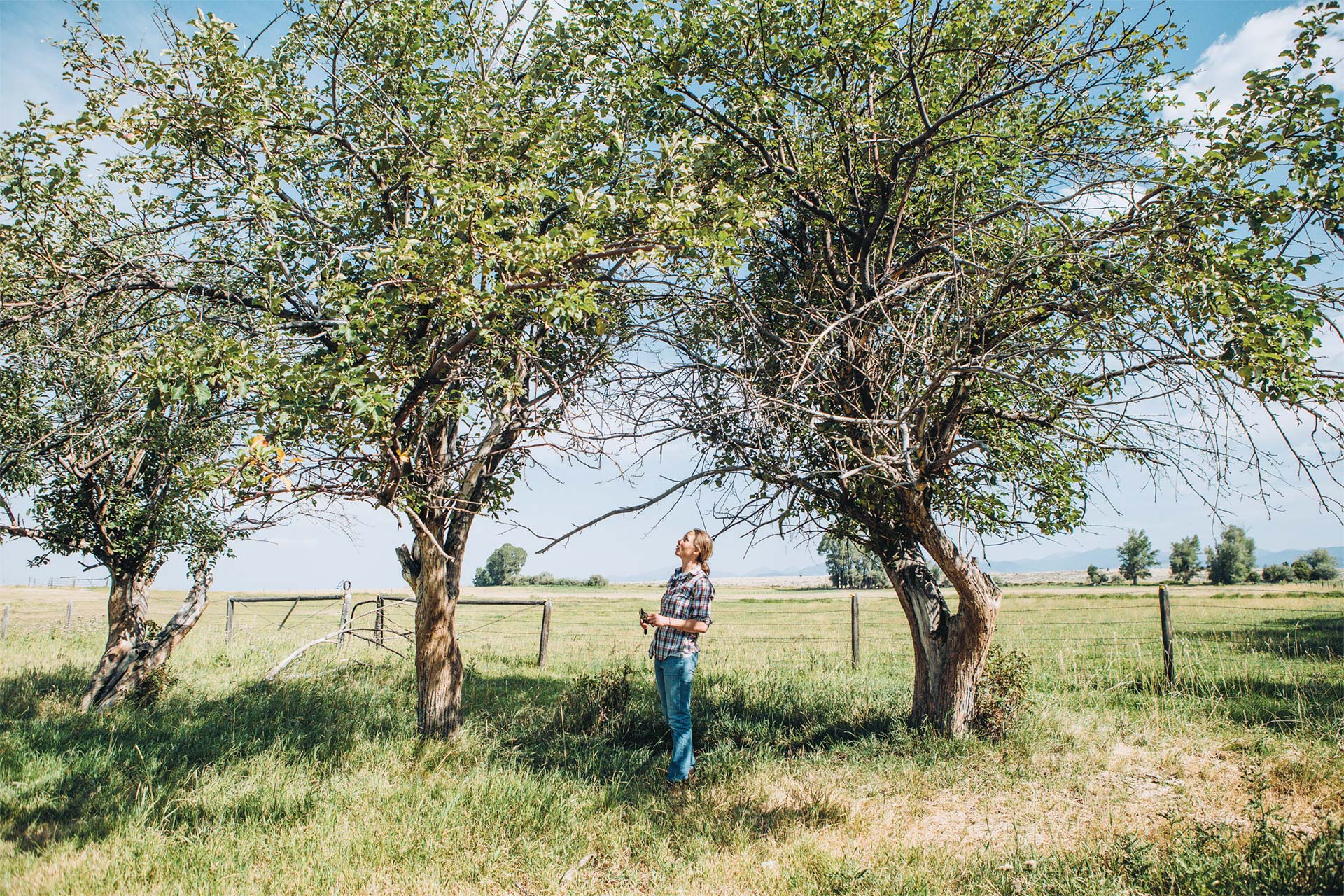